Ascent to Tosa peak via one of the most emblematic and aesthetic rill in the Brenta Dolomites. The spectacular and fascinating environment in which it is immersed will surprise those who undertake it, offering a true high mountain experience. The view from the summit over the entire Adamello Presanella Group is priceless.

In the early afternoon meeting with the guide at the Vallesinella car park (1520m), briefing & material check.

Departure from Brentei refuge early in the morning. After an hour and a half’s approaching, we will reach the rill’s base where, after being tied up, we will climb with the help of crampons and a double ice axe, until we reach the Tosa peak (3173m). Enthusiastic ascent in a spectacular environment constantly in the presence of the most masterful walls of the Brenta, Tosa peak and Crozzon di Brenta.

The descent follows the normale route to Tosa peak, south/south-east face: through short sections of downhill climbing and three abseils it takes us back to path 358. From this point, we proceed to Pedrotti refuge and then via route 318 we come back to Brentei refuge and then down to the valley. 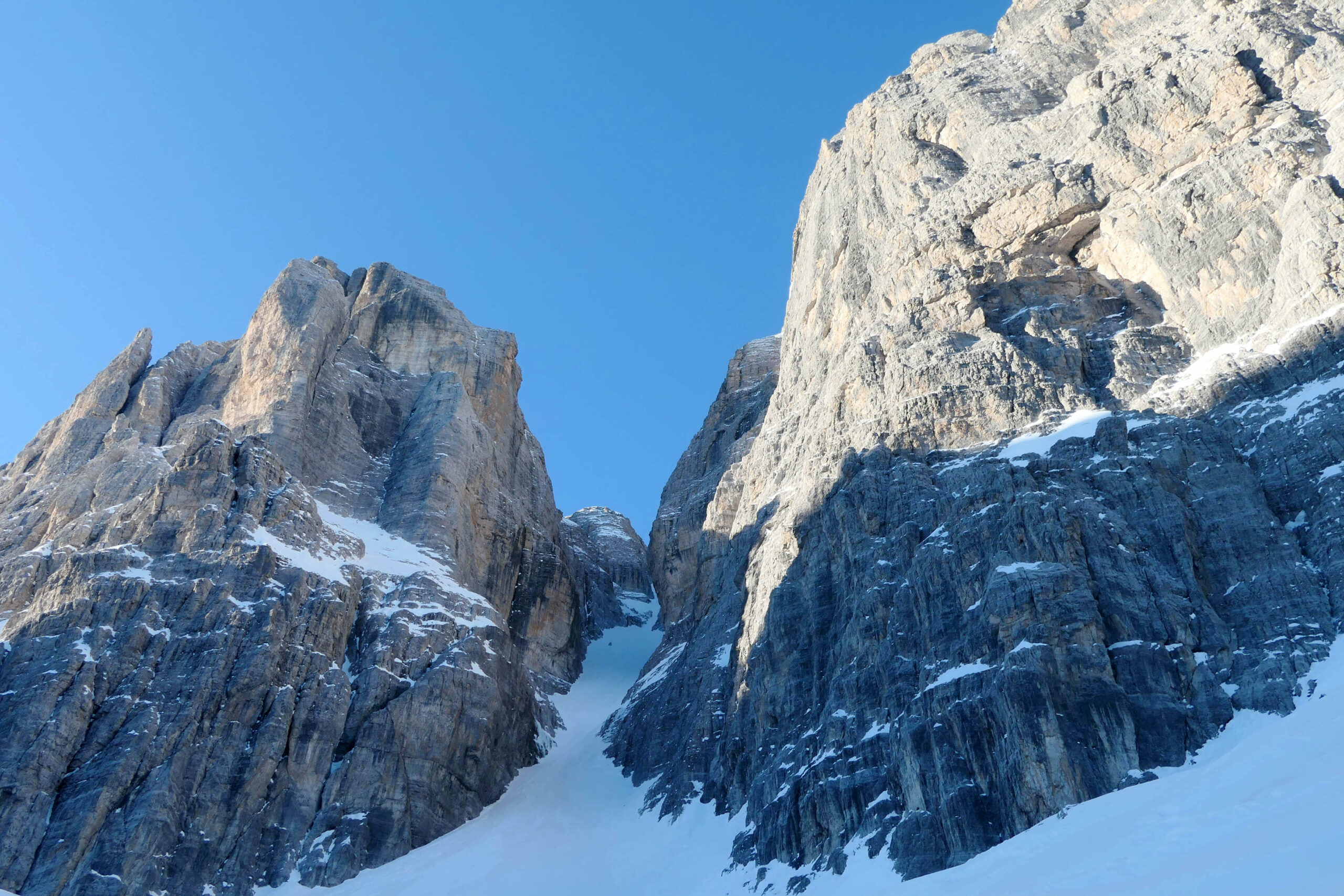 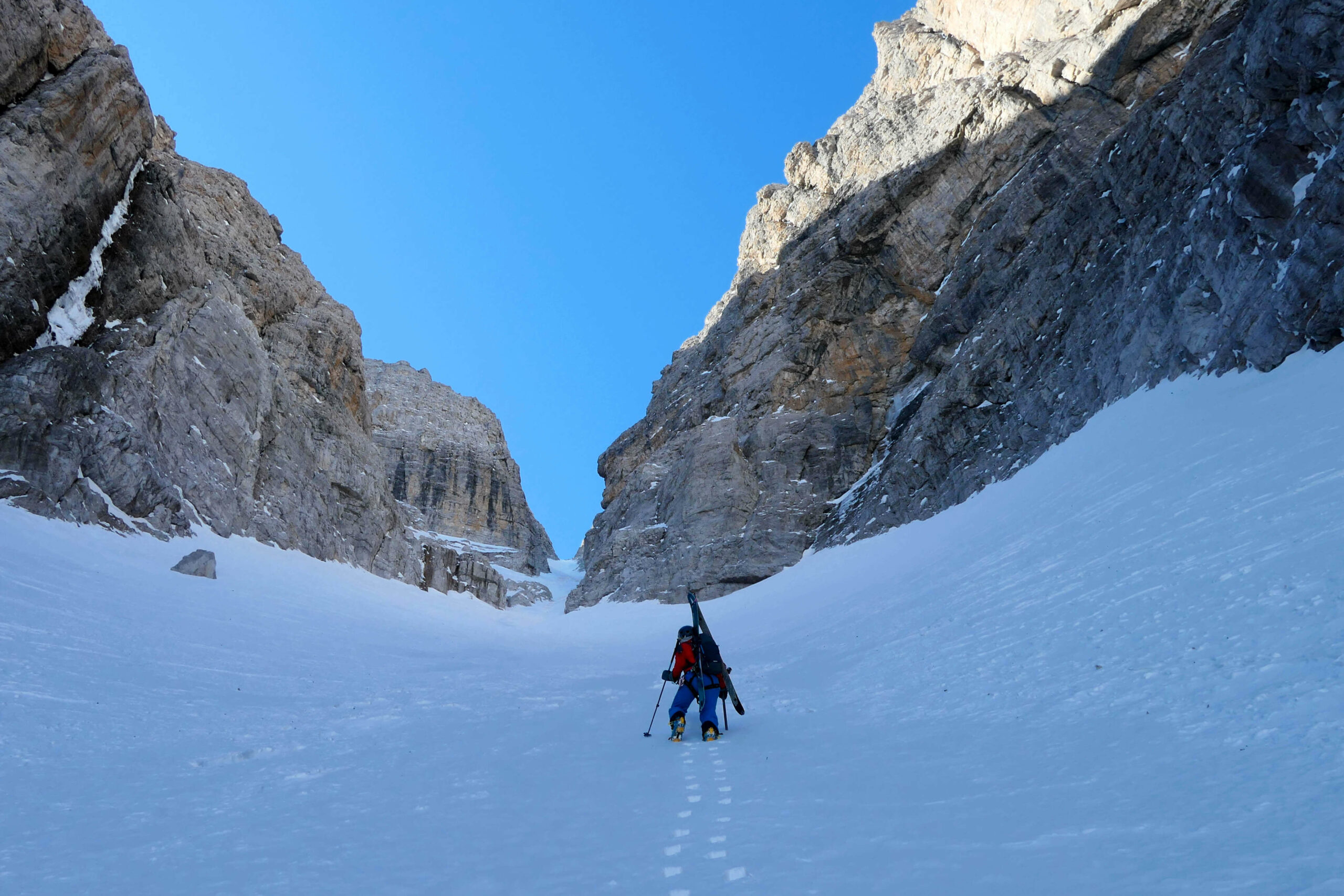 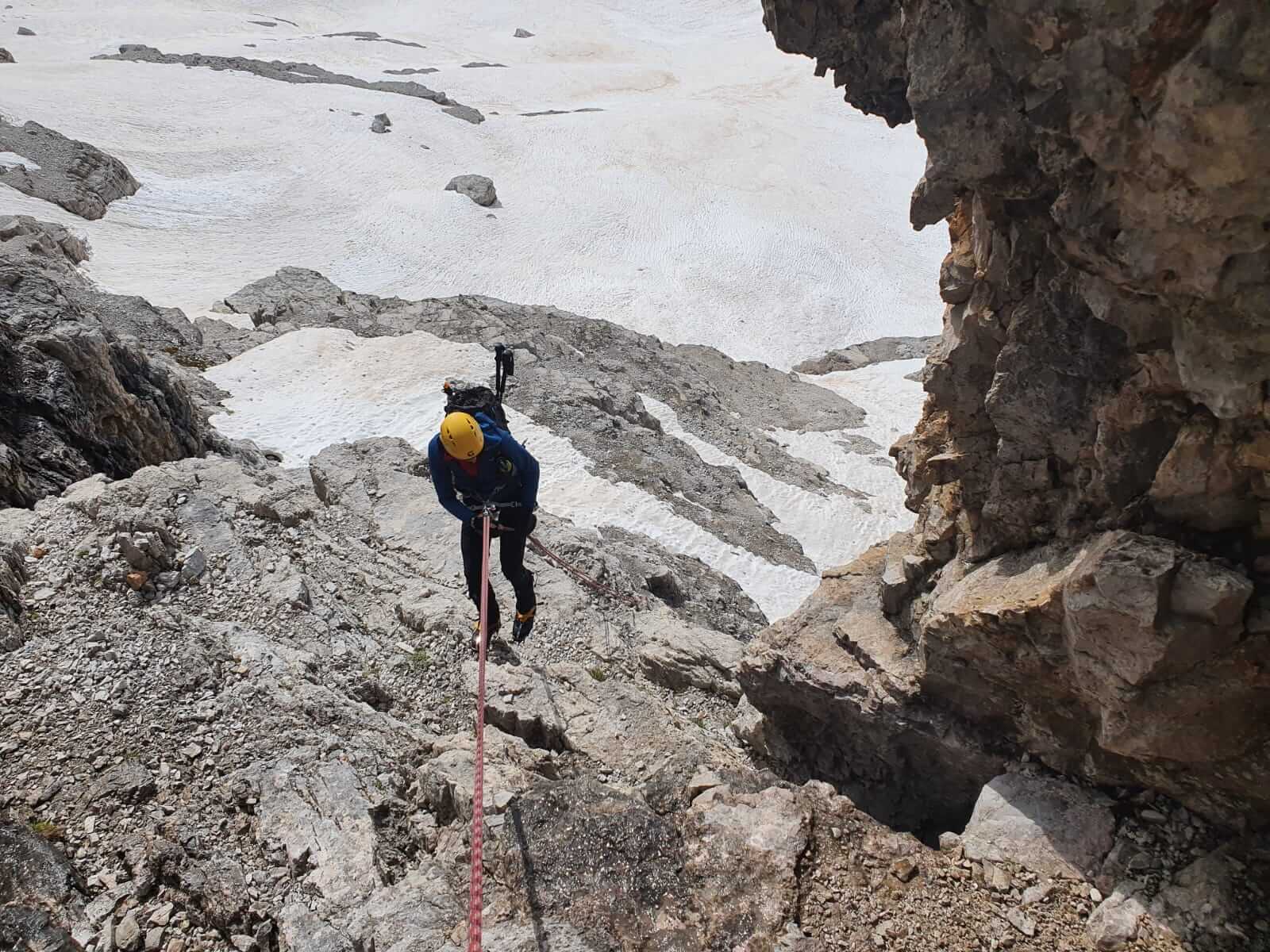 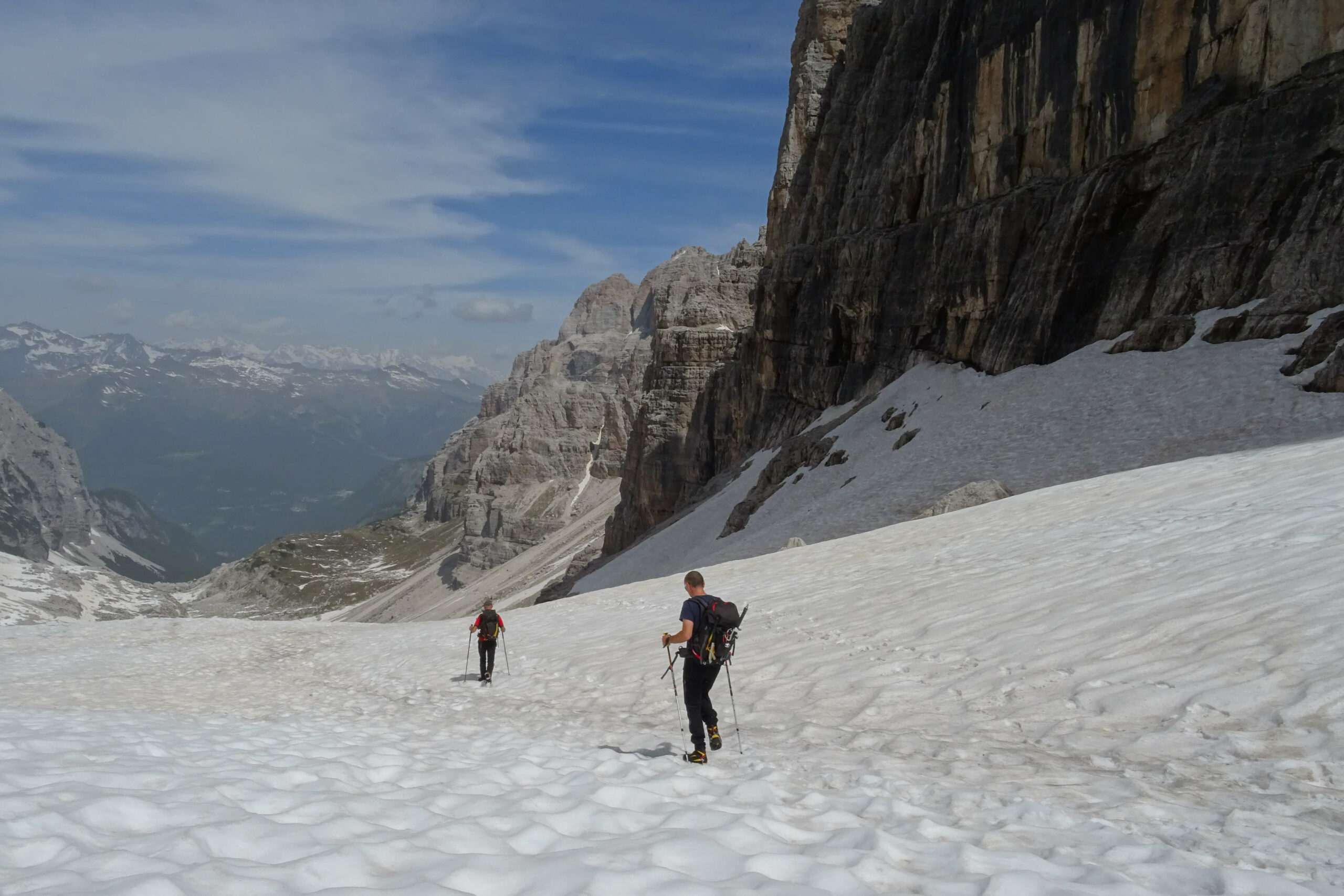