With its 3151 m a.s.l. it is the highest peak of the Brenta Dolomites, a varied and panoramic climb in a setting of rare beauty.

Meeting in the early afternoon, briefing, distribution and material check. Ascent by cable car to the Grostè pass: from this point it takes about 1.30 hour to reach the Tuckett refuge, dinner and overnight stay.

We wake up early in the morning and climb up along the path and snowfield to the Bocca di Tuckett, the High Bocchette ferrata up to the end of the Garbari ledge. From this point the normal route begins: following the easy chimneys I and II, we go up to the pass at the top of the north slide, we cross and climb up the opposite side with an athletic passage and then follow the edge, which in a short time leads us to the summit.

The descent is via the west rill, passing the western Brenta peak and with a few climbing passages we reach the SOSAT path, we cross it and continue to the Fredolin basin, Casinei refuge and finally Vallesinella. 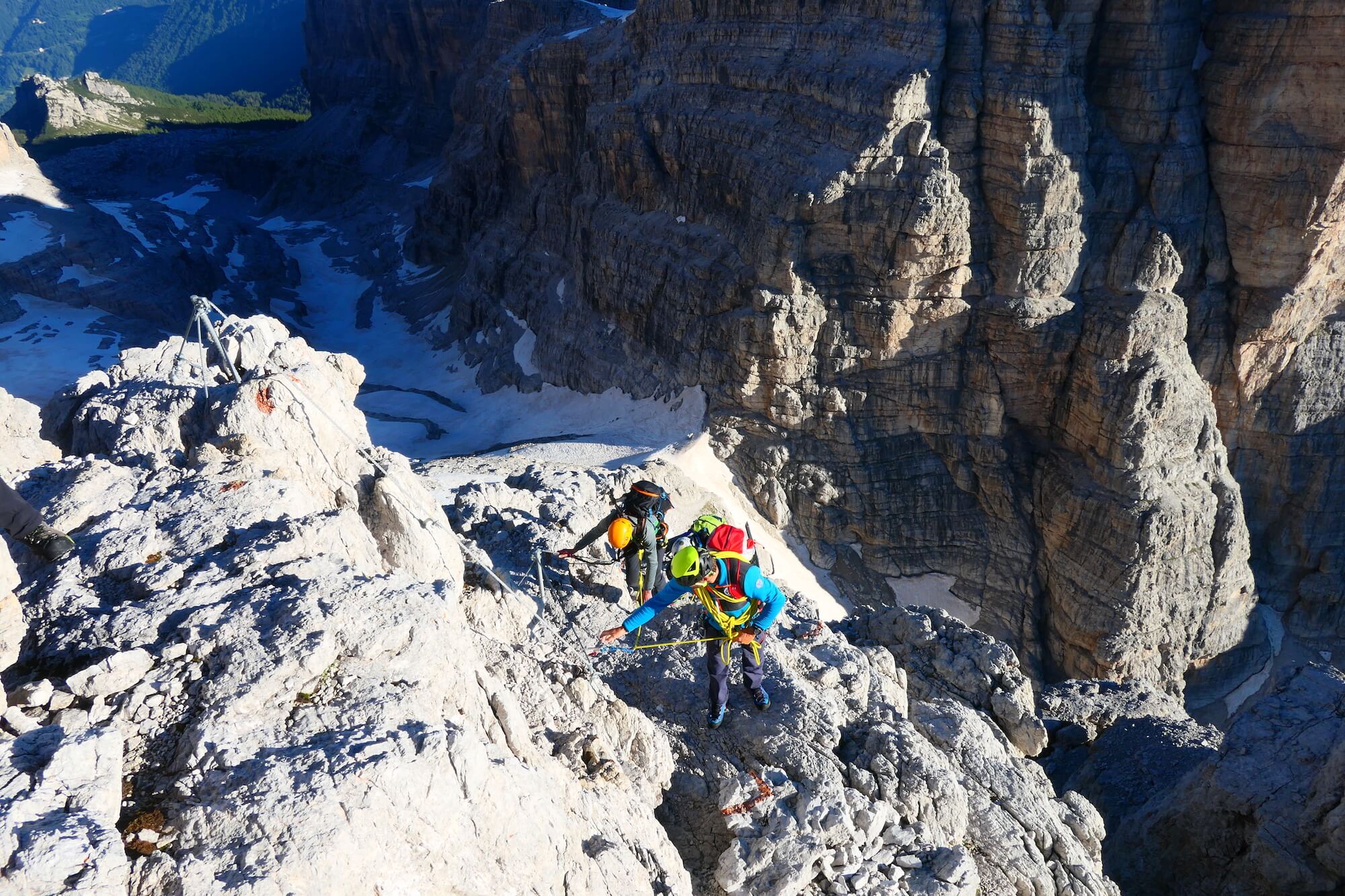 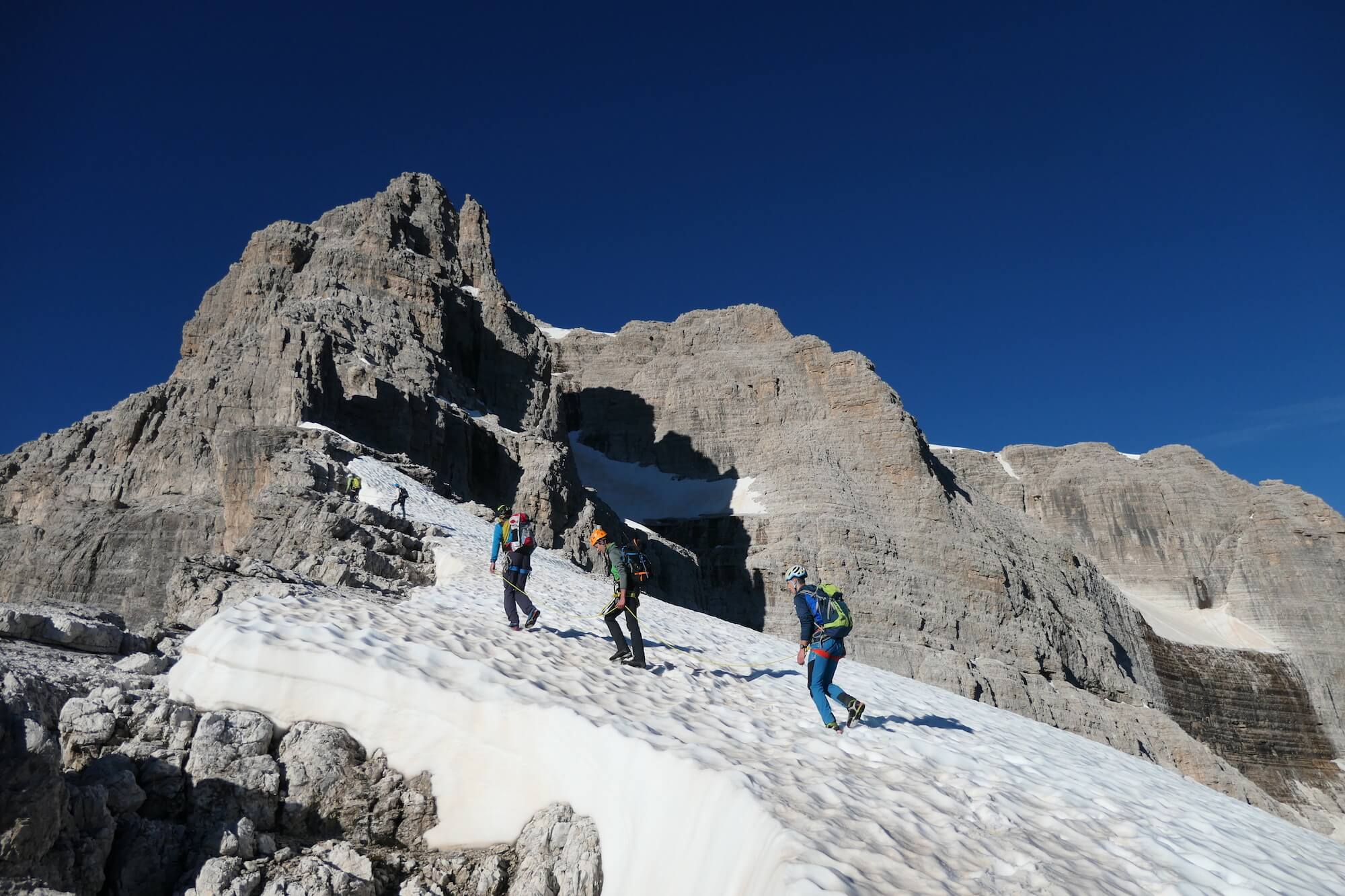 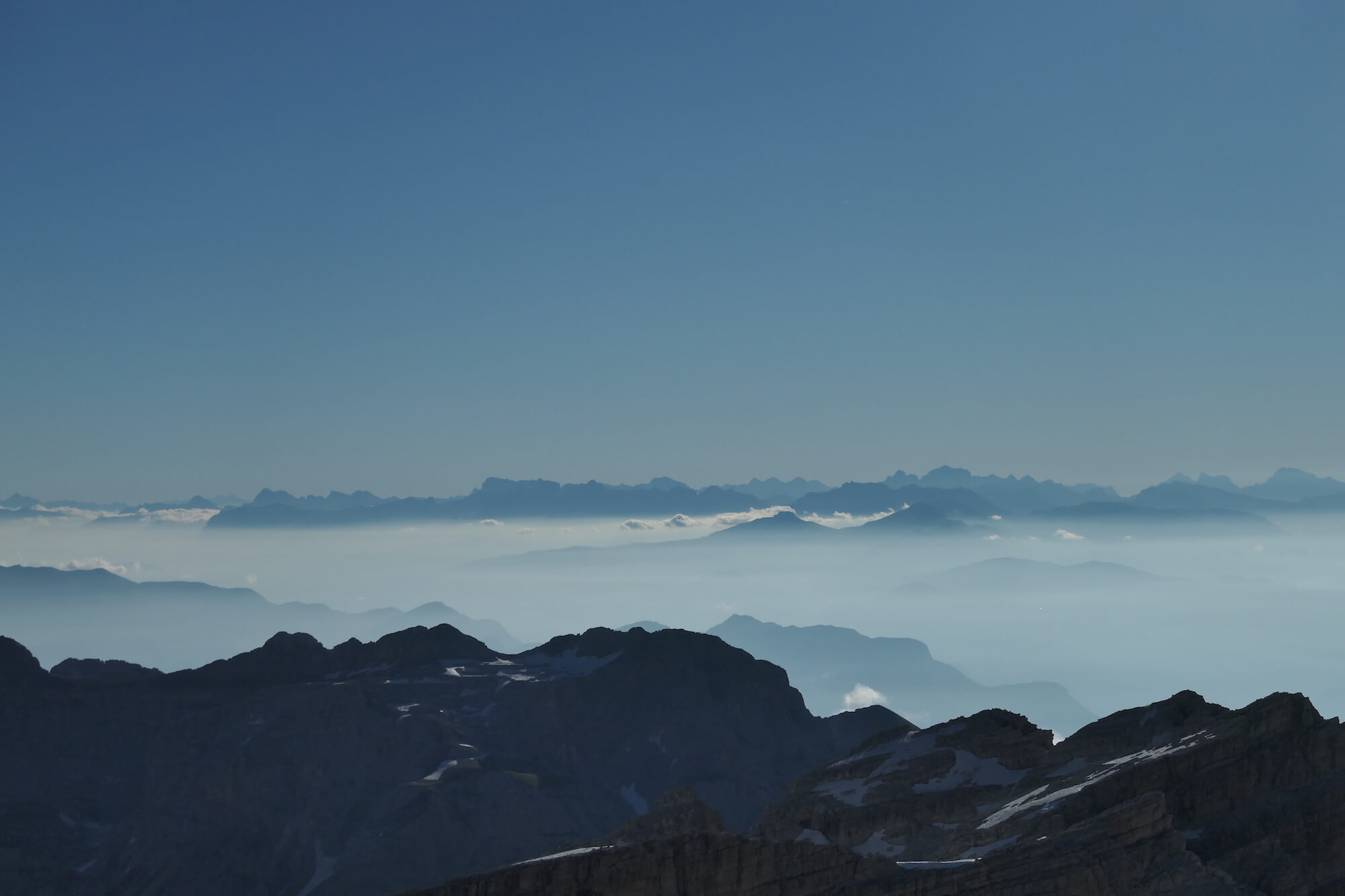 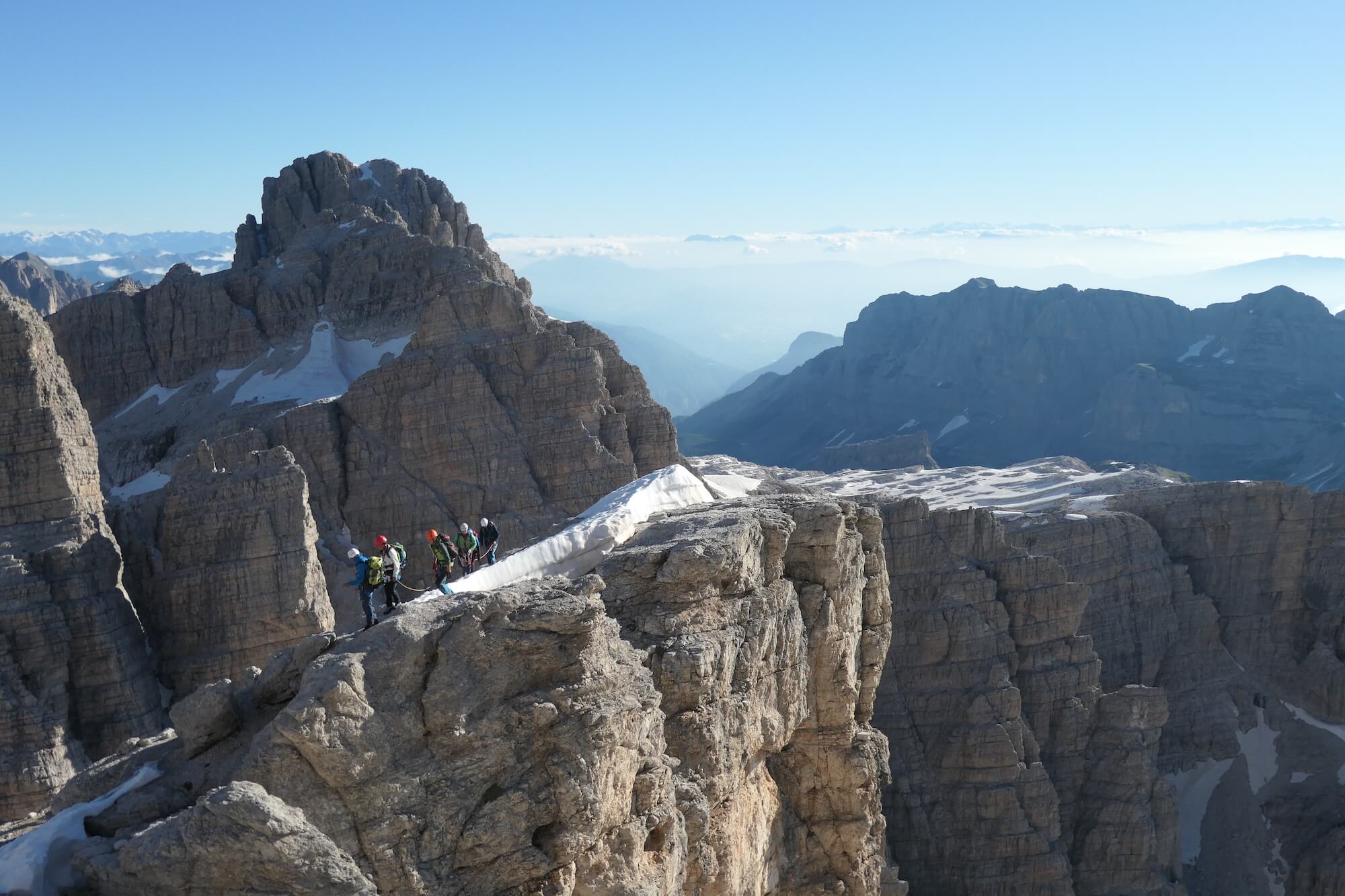 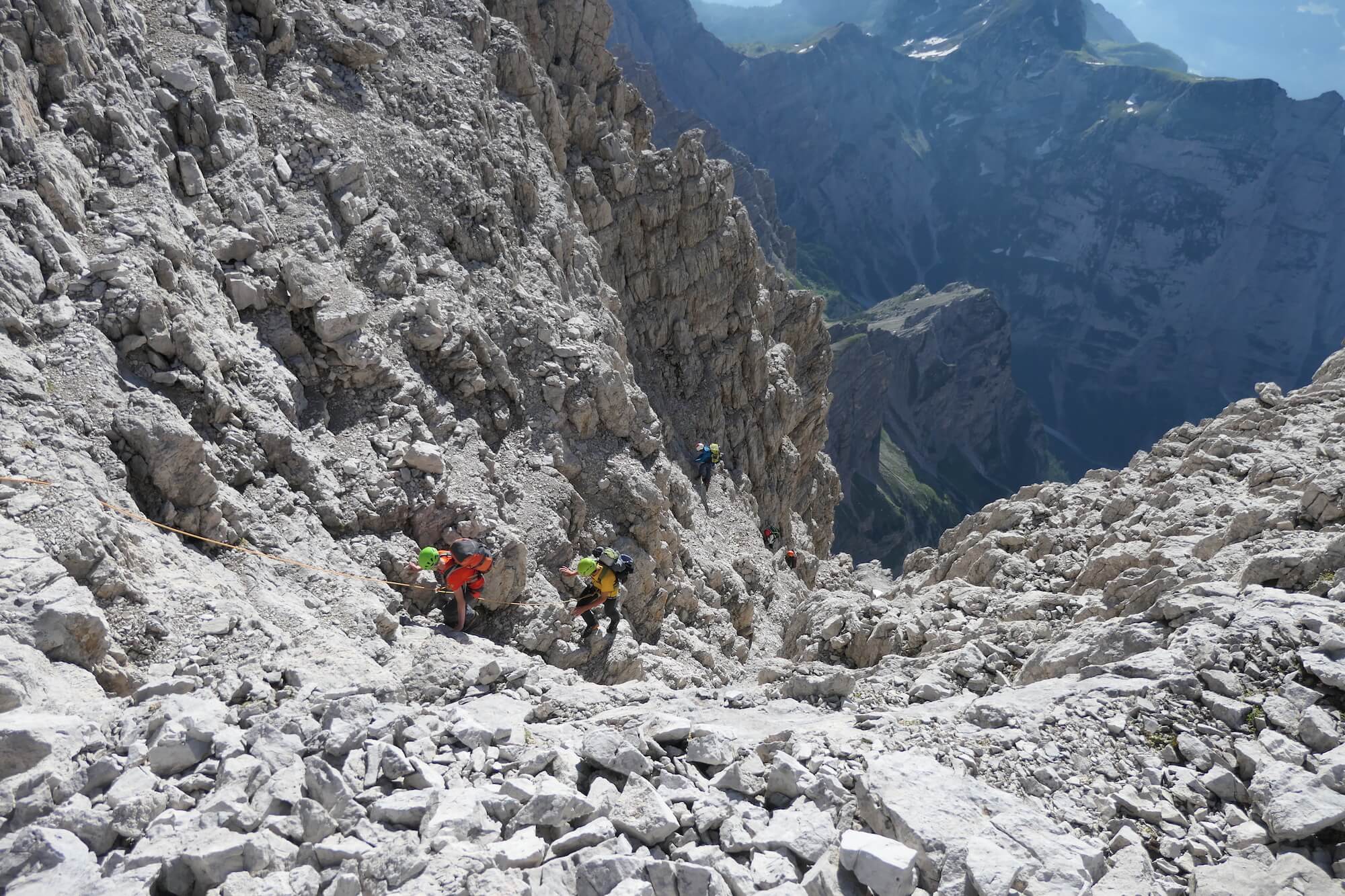 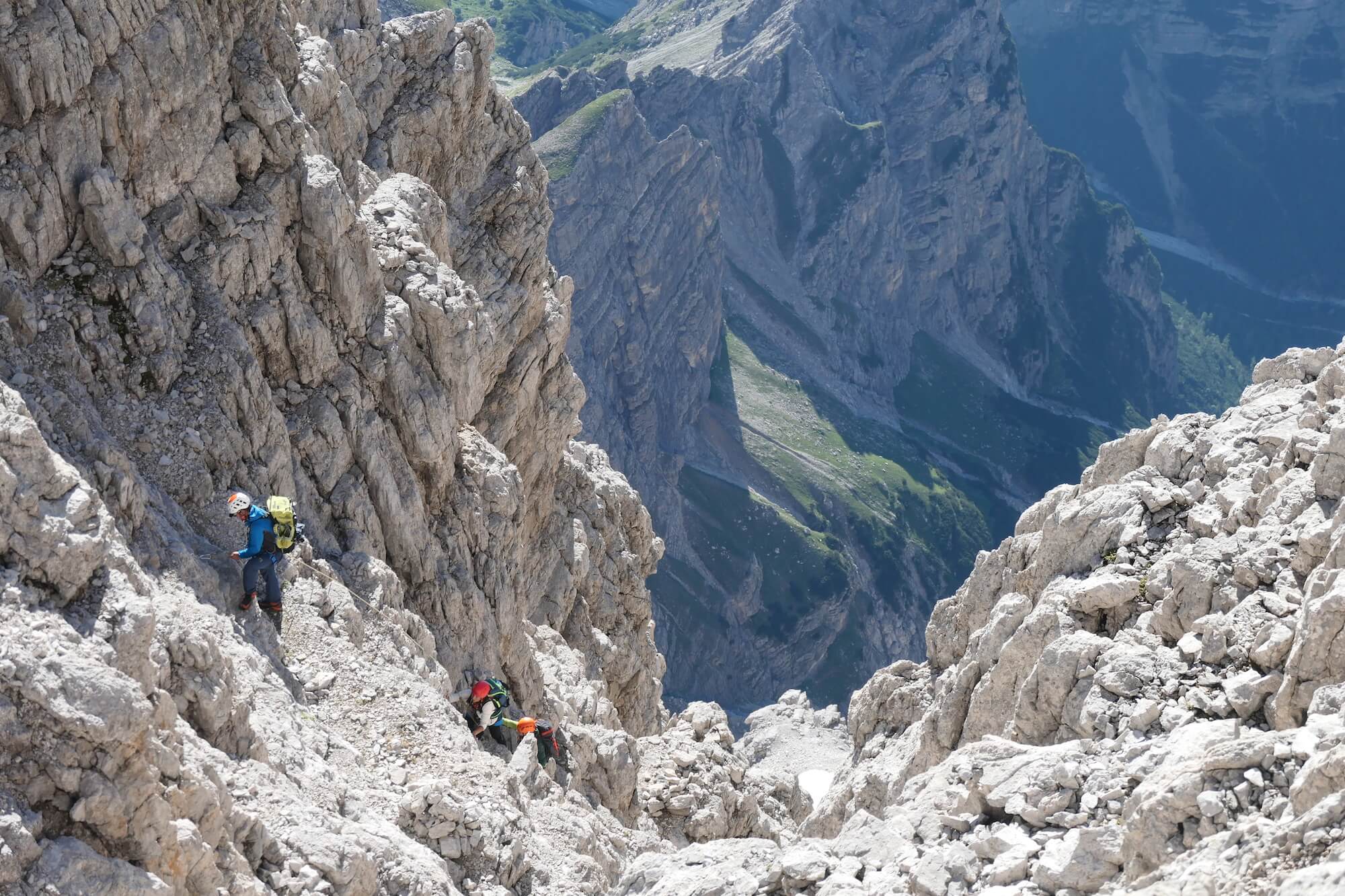 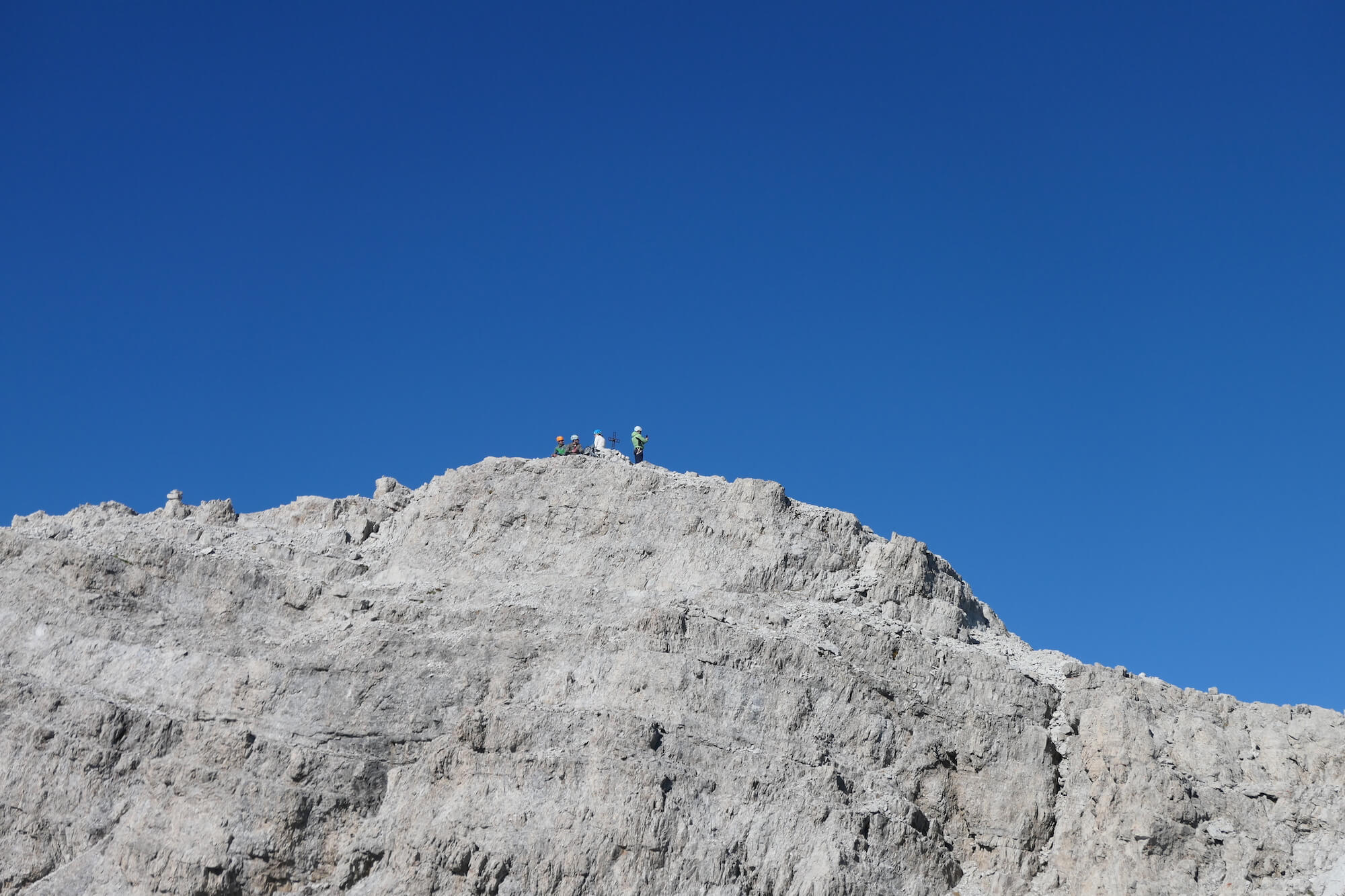 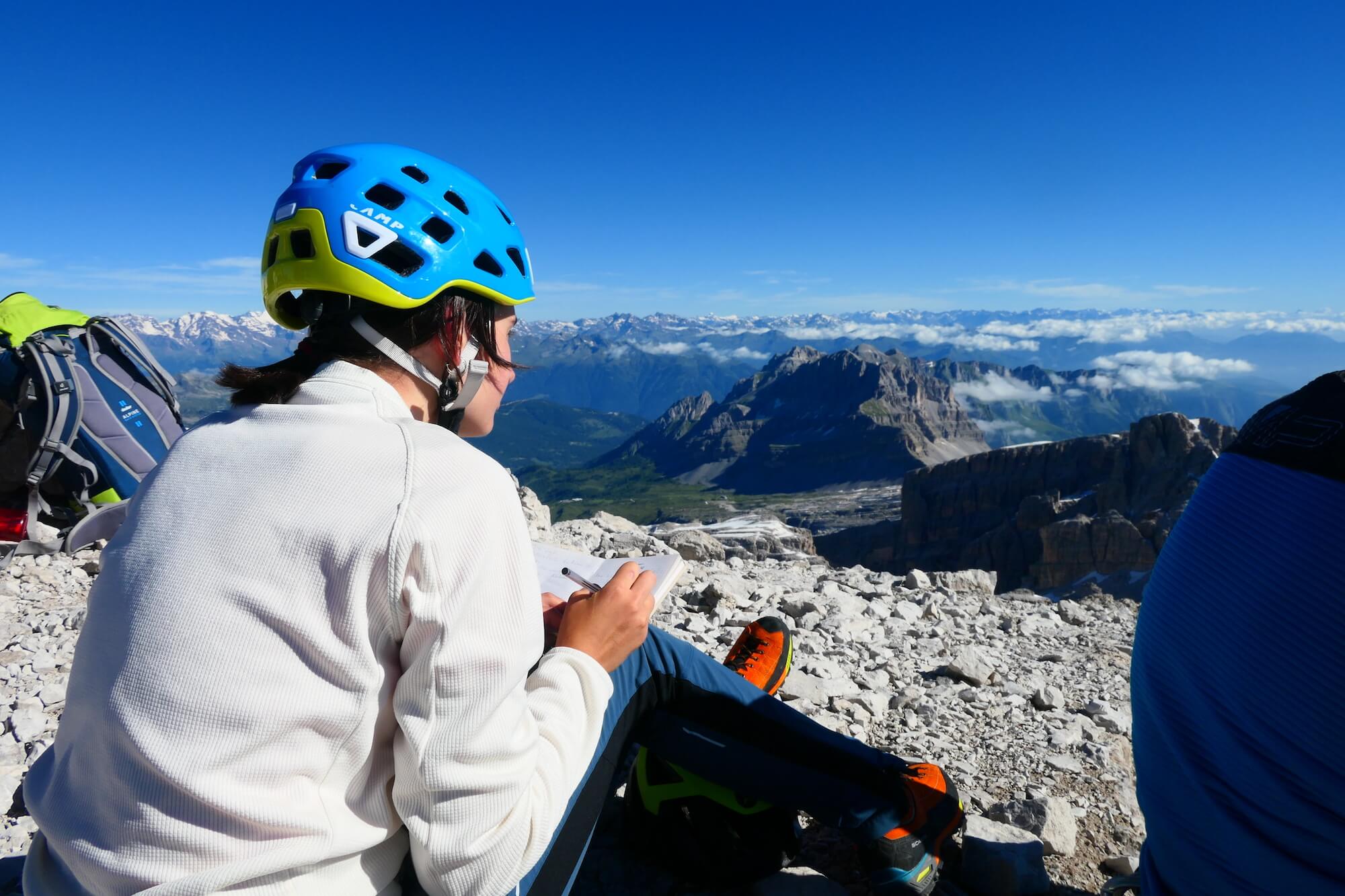 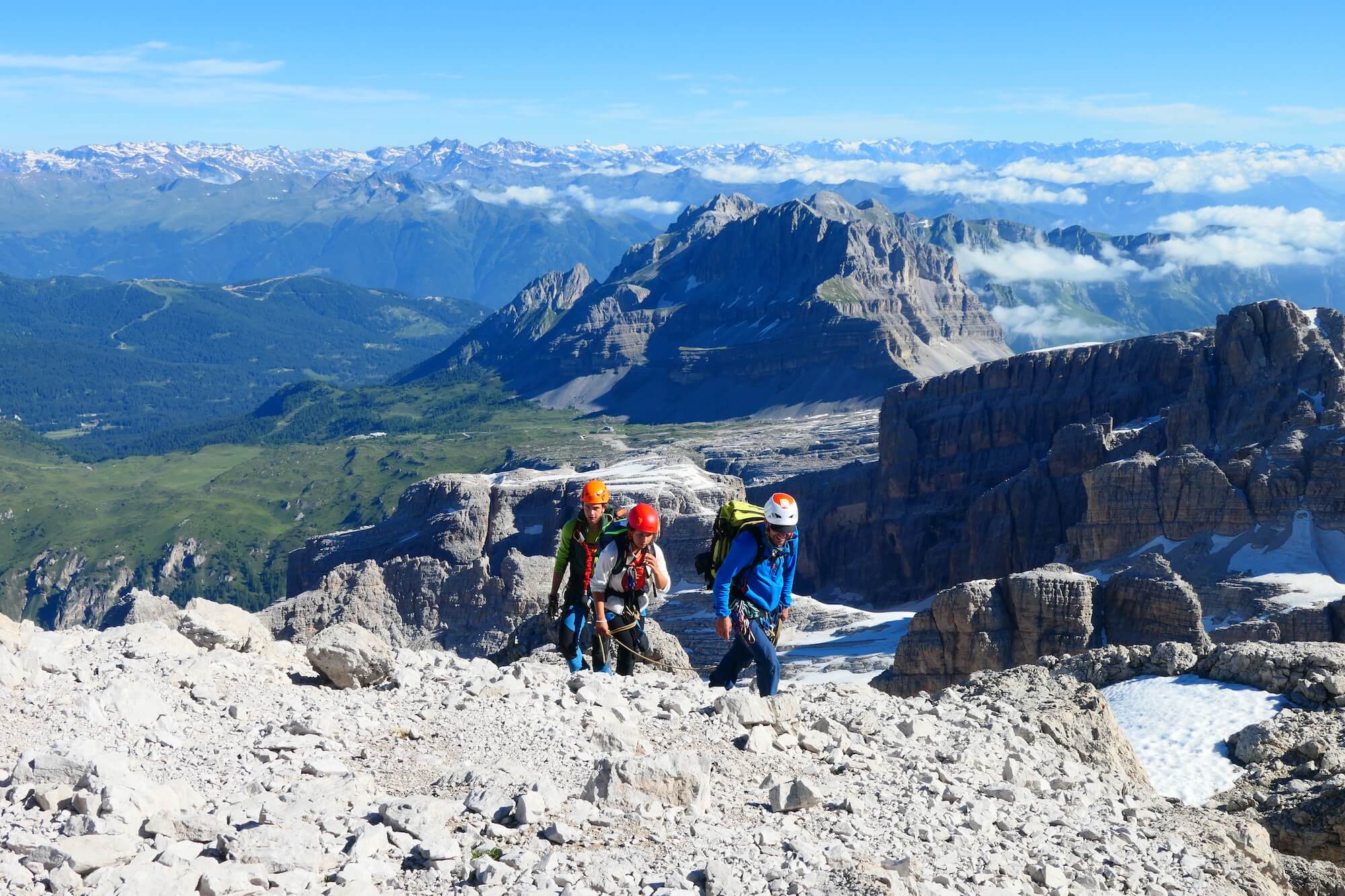 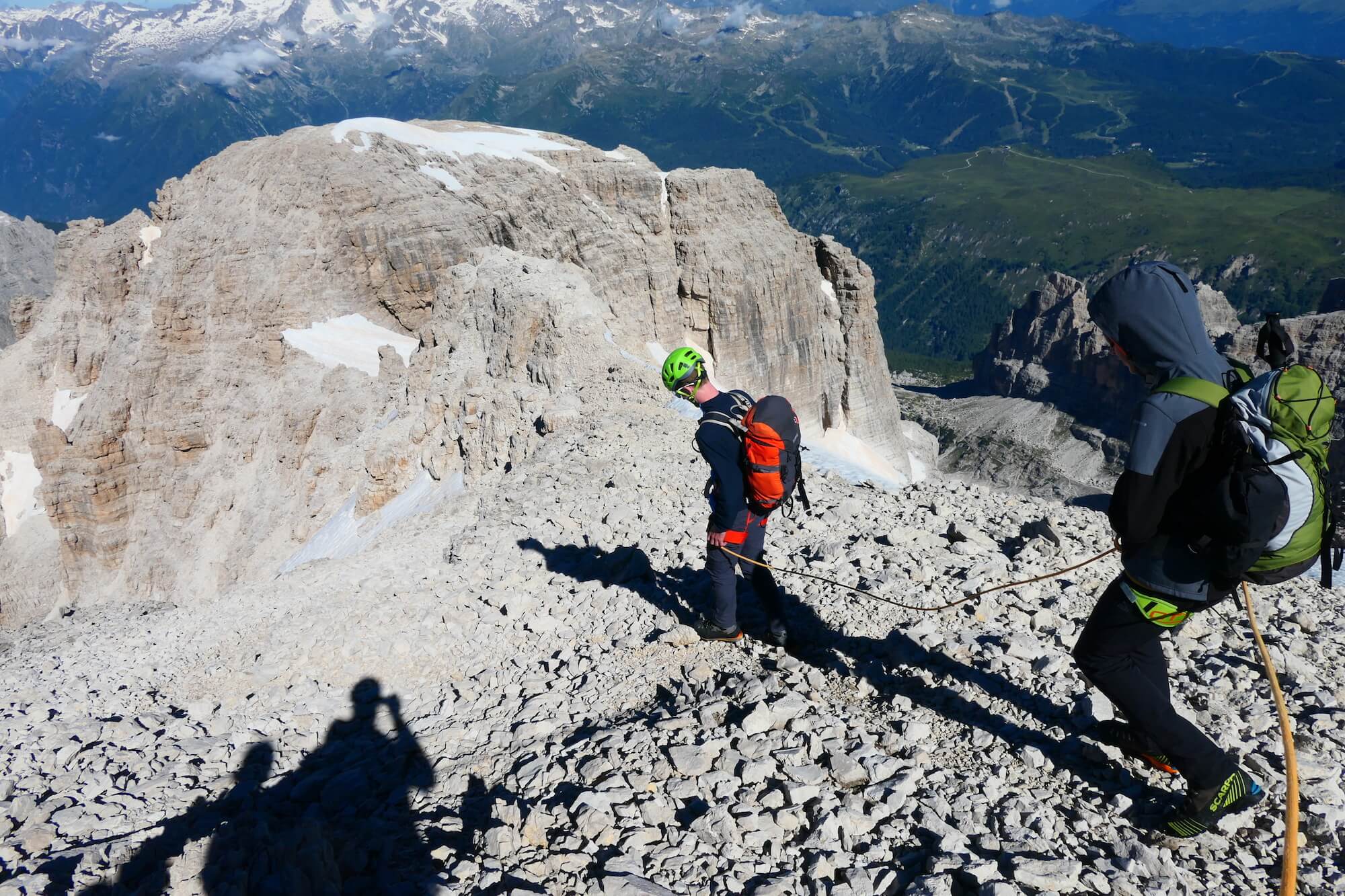 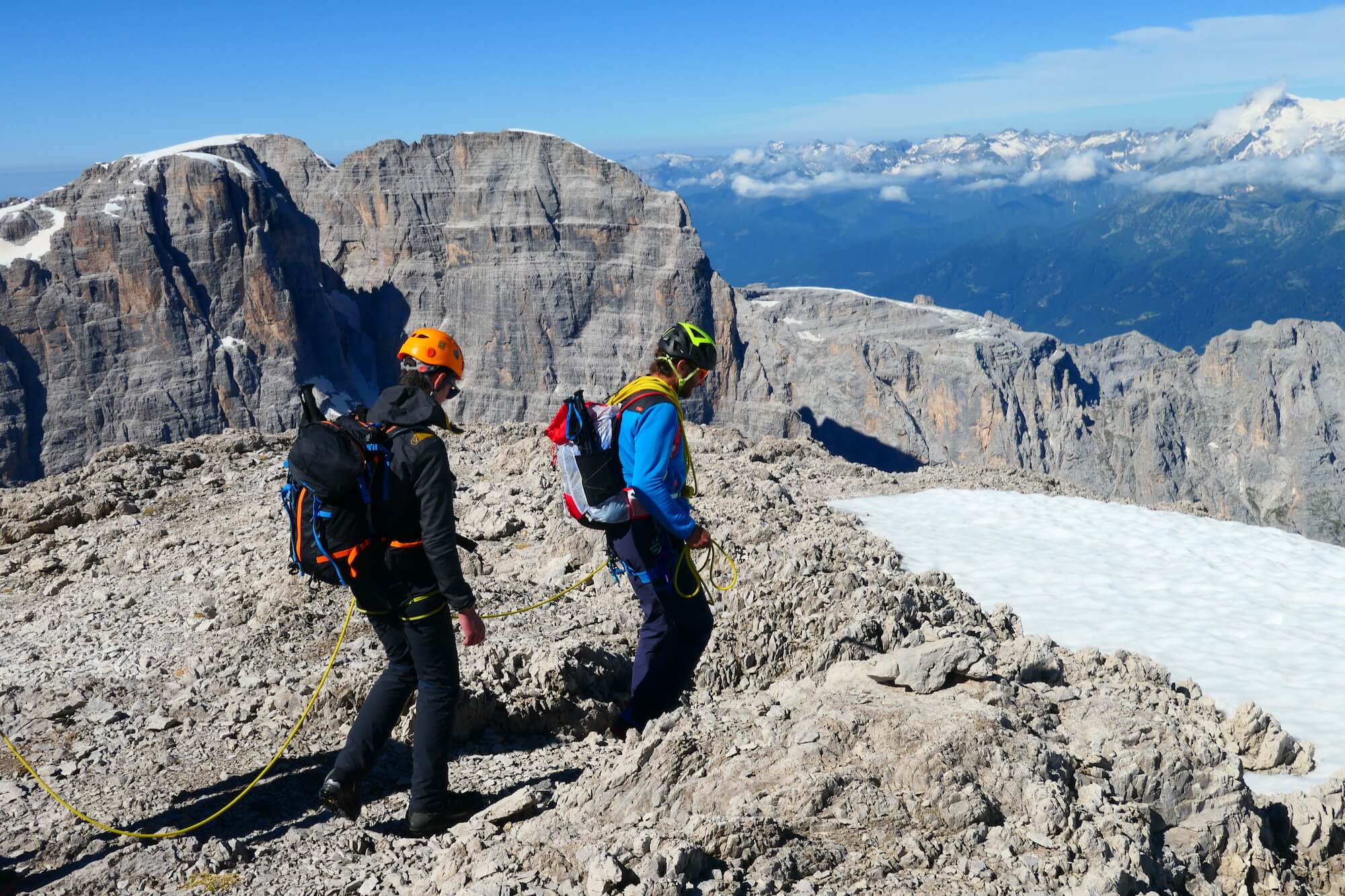 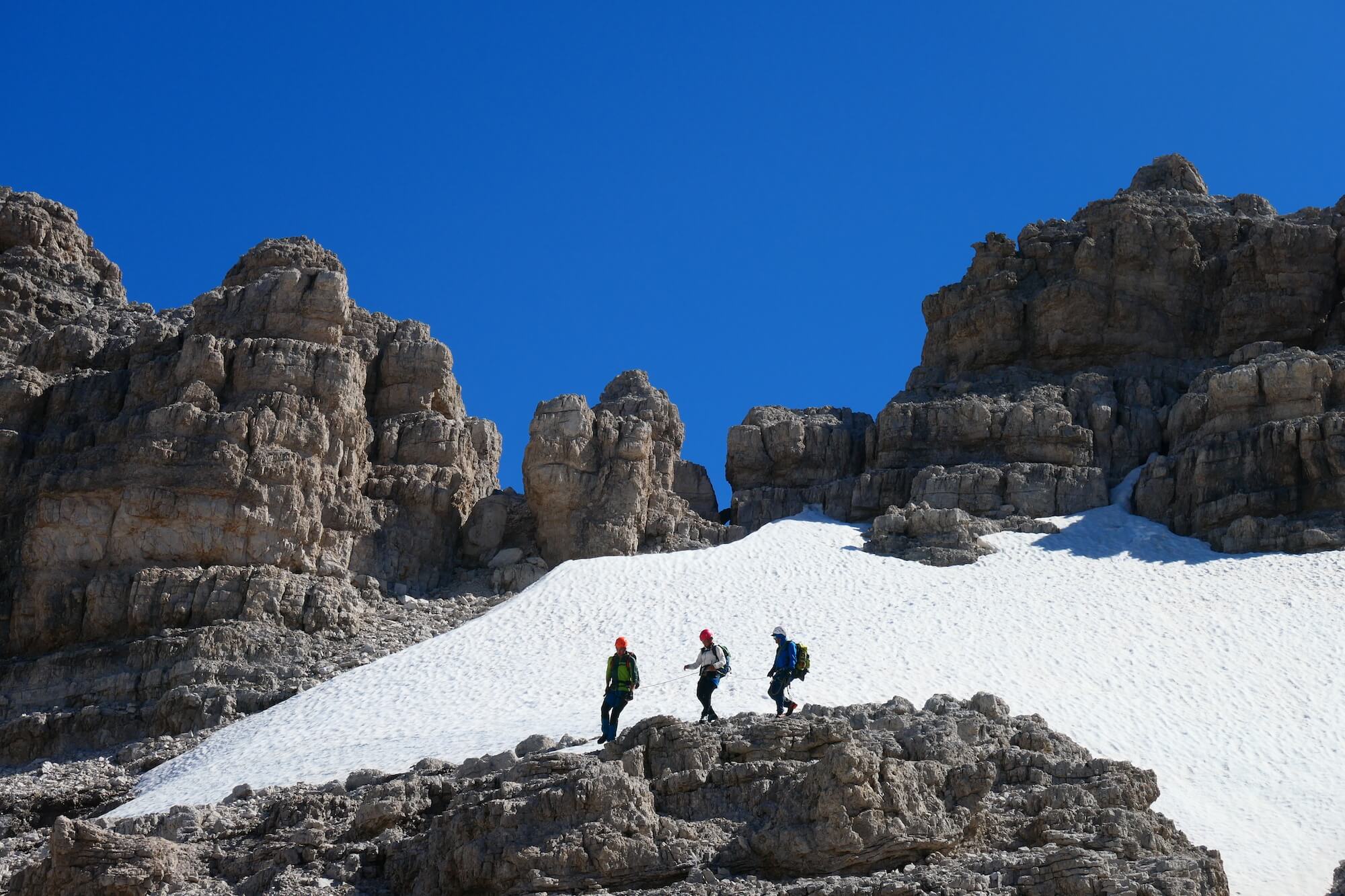 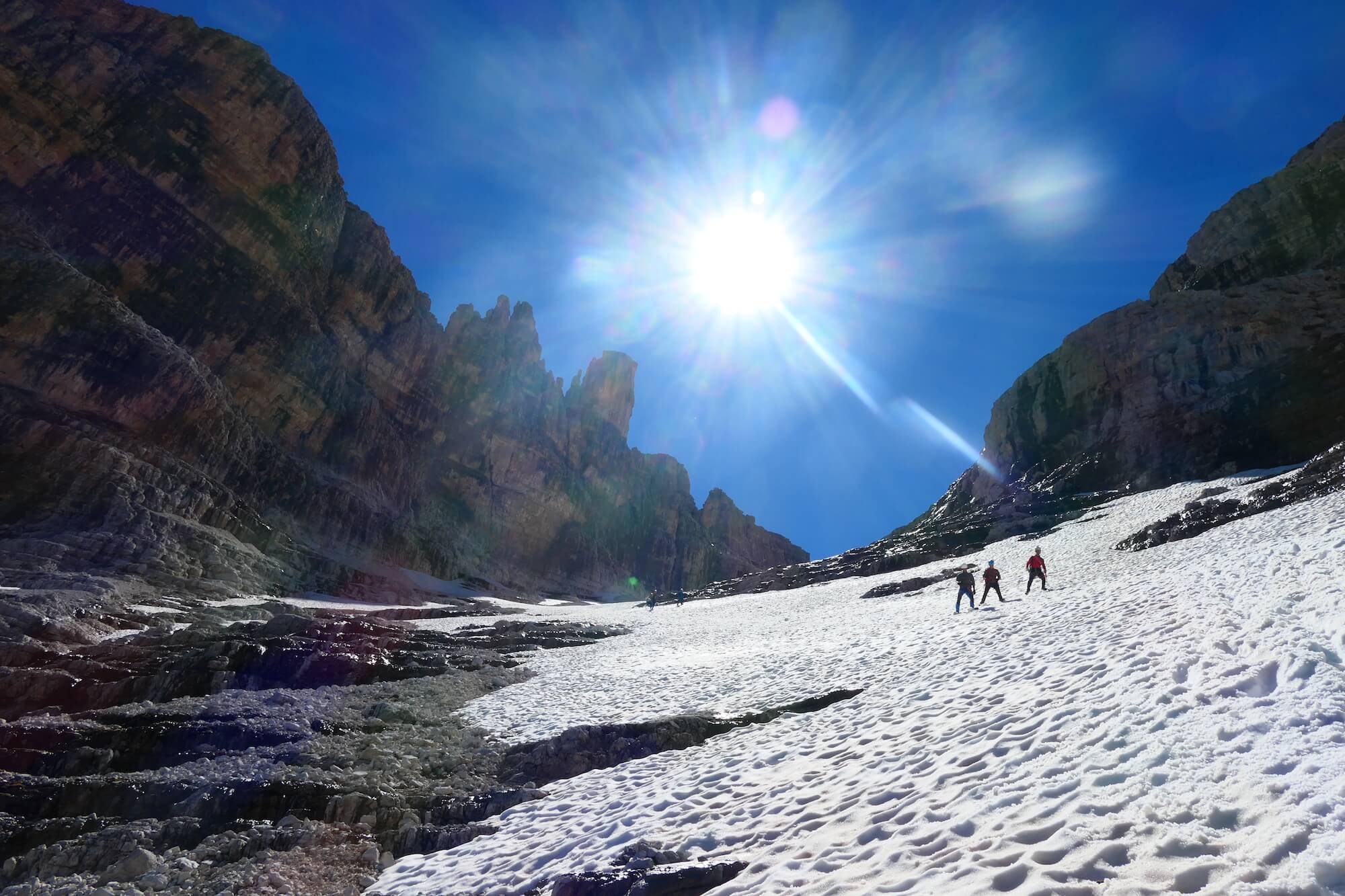